In 2011, the fourth assembly number for the National Financial Promotion Subsidy Project for High-efficiency Lighting Products (hereinafter referred to as â€œhigh-efficiency lighting promotionâ€) has been sounded, and the main battlefield has shifted from cities to rural areas.

It is understood that the high-efficiency lighting promotion activities have already completed the bidding and evaluation work, and the successful bid announcement will soon be announced.

Relevant person in charge of the project told reporters that this year's corporate enthusiasm for bidding is even higher. Compared with more than 30 bidding companies last year, more than a dozen new bid companies have been issued this year. Among them, there are some new bidders who, knowing that their conditions are difficult to meet the tender requirements, are not likely to win the bid, but they still come to solemnly bid for the right to simulate training and gain experience. A representative of a new tender company stated that the promotion of efficient lighting in the country is a good project for the benefit of the country and the people. It is our companyâ€™s privilege to be able to participate in this, and whether or not this bid can be finalized is a beneficial study for the company. And exercise.

Not only the new bidding companies pay so much attention to this opportunity for efficient lighting promotion, but the well-known companies that have participated in the project for three consecutive years also attach great importance to this bid. Zhang Huolie, general manager of Xiamen Topstar Marketing Co., Ltd., told reporters that the state arranged a large number of financial funds to provide 50% subsidies for high-efficiency lighting products, effectively stimulating the enthusiasm of the people and large-scale users to purchase, and stimulating the consumption of highly efficient lighting products. Market development and development of efficient lighting products. During the promotion period, Topstar received more public praise from consumers, which enabled Topstar to successfully transform from export to domestic market in the main direction.

The main battlefield turned to rural areas It is understood that this tender is to determine the financial subsidies for the promotion of efficient lighting products, products and agreements supply prices (installed to the price of the household). The successful bidder shall coordinate with local energy conservation competent departments and financial departments in accordance with the promotion task assigned by the country and the distribution of regional tasks. The bidding will focus on the promotion of low-mercury products, require clean production, increase the recycling of waste fluorescent lamps, and promote the region's tilt to the rural market. In principle, the ratio of promotion to rural and economically underdeveloped regions shall be no less than 60%.

In fact, starting last year, high-efficiency lighting promotion has begun to tilt toward the rural market and economically underdeveloped regions, but the degree of tilt was relatively low last year, and in principle, the promotion should not be less than 30%. This year, the demand for promotion to rural markets and economically underdeveloped regions is not less than 60%. As a result, the main battlefield for efficient lighting promotion has begun to shift from cities to rural areas.

When talking about rural promotion, Zhang Huolie believes that it is difficult for any party to work effectively to do a good job in promoting rural lighting for efficient lighting and to promote cooperation between companies and government agencies. He also believes that the biggest difficulty in rural promotion lies in the pressure of logistics distribution costs. The general population distribution in rural and underdeveloped areas is relatively decentralized, and the position is relatively biased. This will undoubtedly increase the cost of enterprise promotion.

For Zhang Huolie's point of view, Hu Haibin, head of Foshan Lighting's efficient lighting promotion, agreed. He believes that in addition to the cost of logistics distribution, the relatively low purchasing power of farmers will also be a constraint factor in rural extension. In order to promote the development of rural extension activities, local government departments should strengthen the promotion of efficient lighting promotion. Hu Haibin also stated that rural promotion is a great test for the coverage of corporate service outlets. In this regard, Foshan Lighting has long been ready. At present, Foshan Lighting has more than 2,000 contracted service outlets and more county and rural outlets in the country. â€œFoshan has a very sound network of lighting channels and has penetrated into most of the countryâ€™s rural areas. Even the canteens in many rural areas can buy Foshan lighting products.â€ Hu Haibin told reporters with pride, since last year, Foshan Lighting began to accumulate The experience of rural extension, and increase the intensity of rural publicity and promotion, with a careful and thoughtful service to win the rural market.

Apart from the news coverage, LED lighting as a typical product of green lighting is no longer promoted, and LED lighting has once again failed to promote the country's efficient lighting.

On this topic, the reporter recently interviewed Chen Yansheng, chairman of the China Lighting Association. In this regard, Chen Yansheng believes that, in fact, the standard issue is not the main reason for the failure of LED lighting to promote high-efficiency lighting in the country. At present, there are many standards related to LED lighting, of which 20 have been industry standards and national standards. At present, relevant departments and associations have also been advancing the construction and improvement of relevant standards. At the same time, the international LED standard is also in the process of development.

Chen Yansheng believes that the most prominent problem in the development of LED lighting is LED technology is not mature enough, especially the core technology.

According to reports, LED products involve a relatively long industrial chain. The core technologies in the upstream of the industry chain, including epitaxial chips and closed technologies, are all in the hands of foreign companies. At present, many lighting companies in China rely mainly on the import of upstream LED devices. The lack of core technologies is a huge bottleneck in the development of China's LED industry.

Chen Yansheng also told reporters that the promotion of high-efficiency lighting products must take into account the maturity level of such products. From the current situation, LED product subsidy promotion is not the best time. He believes that lighting companies should further strengthen technological innovation and research and development, and create Chinese innovations on core technologies, thereby promoting the maturing of the LED industry.

1. In the cable laying process, it can support the cable and change the sliding friction into rolling friction between cable and support, which means it can reduce pulling force.

2. Straight pulling roller is used in the straight line segment of cable laying. Generally put one roller every 2-3 meter.

Notes: When operating, the roller should be fixed in ground or other supports. 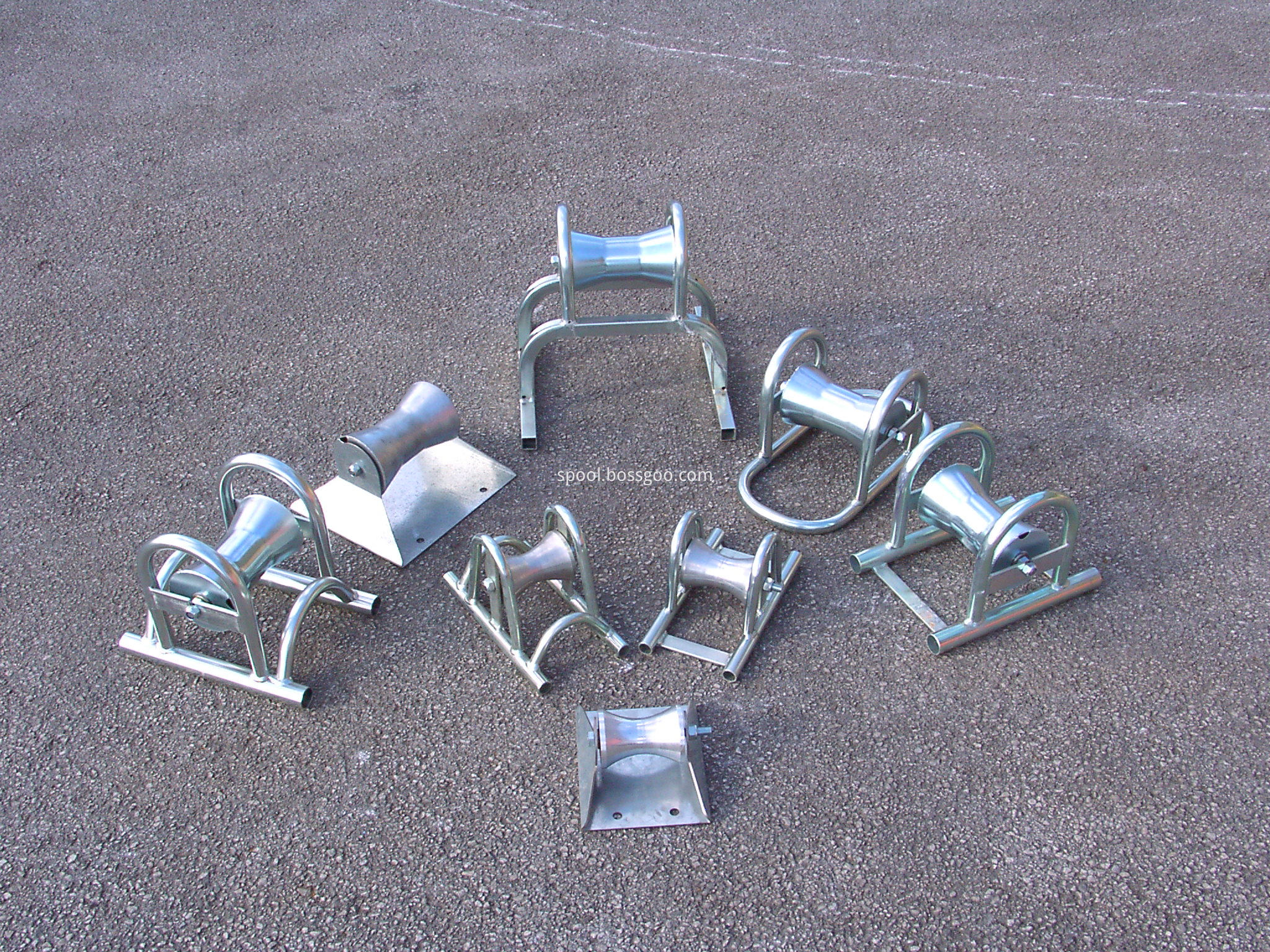