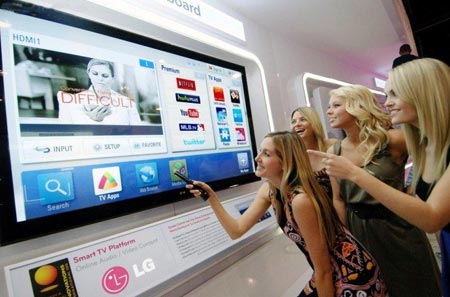 Smart TVs can access the Internet. Currently, various manufacturers are promoting them. They are popular when they are online. However, users now find that the use of smart TVs is not as smooth, and the activation rate is less than 30%, and intelligence has become an obstacle. Experts call manufacturers not to blindly follow the trend of production, to find solutions to current market issues, so that smart TVs can gradually become popular.

Many vendors are very clear about issues such as the lack of APP applications. Hisense has launched the "Hisense Smart TV Application Contest" since last year. The contest collects the works of APP developers and places award-winning and meaningful products on the application store of Hisense Smart TV, which has enhanced the smart TV to some extent. Usage rate. It is understood that Hisense is also conducting this kind of competition this year.

LG and other manufacturers are also gradually developing their own unique, or can do specialized features. Experts in the industry stated that manufacturers cannot follow the trend and marketing is not as good as product features. â€œIf TV can be truly integrated with the three screens of mobile phones and computers, the current stage is only embryonic.â€ Deputy Secretary General of China Electronics Chamber of Commerce The reporter once told reporters that the most important thing for manufacturers is to solve the problems that have already emerged, rather than to ask for market demand and follow the flow of mass production.