[High-tech LED reporter / Wang Cairong] benefited from the accelerated LED lighting market, the market for LED chips in the first half of this year is still continuing.

However, the improvement in the upstream chip market does not mean that all LED chip factories have a good life.

In order to grasp the opportunity of the city, some domestic LED chip manufacturers actively signed a procurement contract with the mid-stream packaging manufacturers to increase the production capacity ratio. On the other hand, they continued to expand production capacity through capital operation, speeding up the scale effect and further strengthening Self-market competitiveness.

It is not difficult to see that with the continuous improvement of the lighting market's prosperity, in the next few years, the domestic LED chip factory will surely usher in a new contest. 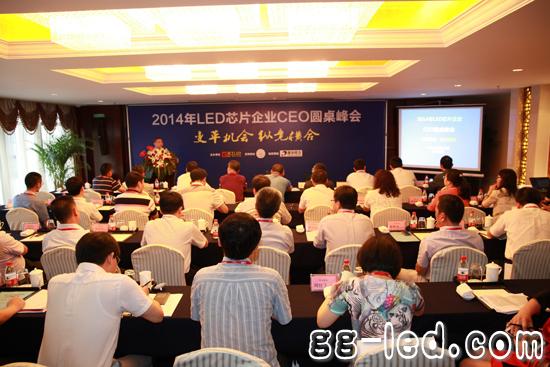 "This is an unprecedented meeting. In the history of China's LED industry development, it is the first time that the leaders of chip companies have gathered together to discuss the key period of industry development, and how to strive for the turning development opportunities in the field of LED upstream epitaxial chips through horizontal cooperation. "The summit organizer - Dr. Zhang Xiaofei, Chairman of Gaogong LED, gave a speech on the speciality and significance of this summit.

The organizer of the summit--Wang Lianghai, vice president of Tsinghua Tongfang, for the LED epitaxial chip industry, in the past few years, everyone has been discussing how many can be left in the future? The three are still ten. I personally think that from the perspective of industrial development, the market can fully accommodate more than 20 epitaxial chip companies present today. I don't think we have no chance, because the amount of investment we add up will not be lower than those of the three, and it will not be lower than the ten. But the premise is that everyone must cooperate to deal with future competition.

Whether it is lighting or possible future applications, especially in the epitaxial chip technology of the LED core, we can do a lot of work. I think this technology is not just lighting, but also backlight and display.

Today, none of us want anyone to fall, I think it is not a good thing for the industry. We can unite and go to the world. China has been talking about industrial transformation and upgrading in recent years. If it is a simple manufacturing industry, it is only the investment of fixed assets. I think this kind of investment is insignificant, for every investor. acceptable. But for our LED industry, especially the upstream epitaxial chip industry, we must go out of our own path. Now is also the best real machine, but the difficulties we face are also very clear. If we want to shut down, it is not so easy. We want to continue but we don't know how to go. This is the starting point and goal of today's meeting. 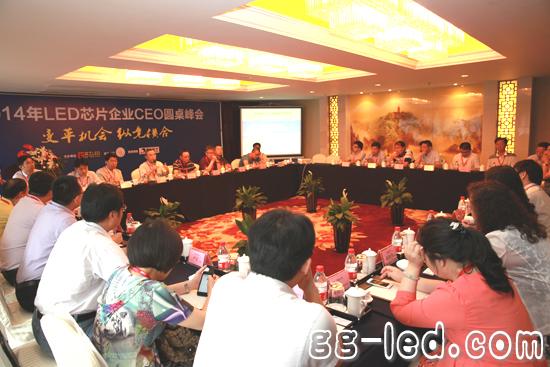 Today's meeting is an opportunity for all the epitaxial chip companies present. I don't know how many companies will be left in the future. I really hope that everyone will survive in the future. Everyone can be here. The industry can get the expected return by doing its own thing.

The trend of polarization has intensified . As of May this year, the domestic LED epitaxial chip industry has a total of 1090 MOCVD equipment (including 157 MOCVDs of Taiwan-funded enterprises). Among them, the number of enterprises in the top ten MOCVD in the mainland has reached 650, accounting for 60. %." Dr. Zhang Xiaofei, Chairman of Gaogong LED, said that there are currently 53 LED epitaxial chip companies in China, of which 45 have been put into production, and the number of equipment in Jiangsu and Anhui provinces is mainly distributed among 15 provinces and municipalities directly under the Central Government. The proportion is as high as 60%.

From the above data, the concentration of LED chip industry is getting higher and higher, and the polarization between domestic LED chip factories is becoming more and more serious. The era of capital competition and scale competition has arrived.

At the beginning of June, Sanan Optoelectronics announced at the signing ceremony of the Xiamen Private Enterprise Industrial Project that it will invest 10 billion yuan to introduce 200 MOCVD equipment to build the world's largest single LED blue and green epitaxial wafer and chip production line. The number of MOCVD will exceed that of Dehao Runda by the end of this year.

In the face of the expansion of the leading chip manufacturers, the second and third-line LED chip companies only through mergers and acquisitions or their continued strong and bigger way out.

"In three years, industry mergers and acquisitions will intensify, the number of epitaxial chip companies will not exceed 15, and there may be no more than 10 chip factories in six years." Dr. Zhang Xiaofei said that including state-owned enterprises, some listed companies, etc., the future It is possible that it may be the object of integration. In particular, listed companies may take a little bit ahead. Not all listed companiesâ€™ epitaxial chip business can be done. The poor operation of the extended part may drag down the main business. From the perspective of capital operation, it is actually easier to integrate.

On the other hand, in recent years, many local governments have reduced the support for LED upstream subsidies, which has also prompted many LED chip factories that rely on government subsidies to suffer from â€œweaningâ€ difficulties. They are also actively seeking buyers with rich financial positions.

However, Dr. Zhang Xiaofei admits that mergers and acquisitions between LED chip factories are not easy, especially in the case of more than 20 domestic chip companies with state-owned enterprises and listed companies. Many LED chip factories and local governments have some provisions, which are more complicated. . â€œIt is difficult to exit the LED chip factory, and the integration of the upstream industry still takes three to five years.â€

Break a unipolar to build competitive and orderly market competition <br> <br> any industry will bring increased polarization, and the polarization phenomenon if further deterioration of the leading manufacturers and second-tier manufacturers gap is too large, it will lead to The market monopoly has occurred, as has the LED chip industry.

Recently, while the domestic leading LED chip manufacturers are accelerating the scale of expansion capacity, the second and third line chip factories obviously feel the pressure doubled. In order to enhance their competitive advantage and enhance their future market premium ability, many LED chip manufacturers began to plan mergers and acquisitions to cope with the changes in the old market order and break the monopoly of the leading chip factory.

â€œGuangzhao Optoelectronics has been focusing on the field of red and yellow light chips. The market demand has been growing slowly. Nowadays, the company is also actively deploying the blue-green chip market. The company has actively engaged in mergers and acquisitions but has not succeeded.â€ Zhang Yinqiao, deputy general manager of Zhaoguang, said that the follow-up company will continue to improve its business structure and expand its production capacity by adopting mergers and acquisitions.

Dong Zhijiang, general manager of Diyuan Optoelectronics, clearly stated that we will unswervingly follow the path of mergers and acquisitions. If there is a suitable manufacturer that can â€œmarryâ€, we will do it under the framework guidelines of the CSRC. Because at this stage, this way can reduce the investment cost of itself.

In addition to mainland enterprises, Taiwan LED chips have clearly felt the scale pressure of leading manufacturers in the current round of market competition, and are actively seeking ways to break the current situation.

"Compared with the image, the upstream chip factories are basically in the bones. We hope that by establishing cooperation, the meat on the bones can be slightly more. The cooperation model of Huaxin Lihua is relatively open, there is no fixed model, alliances and mergers and acquisitions. The follow-up of the way can be considered.â€ Chen Xiaolan, special assistant to the chairman of Taiwan Huaxinli and director of the epi-plating factory, said frankly that the upstream chip factory will not necessarily disappear in the future, and may be merged and joined the alliance, but the number of enterprises will definitely decrease. .

Wang Lianghai, vice president of Tsinghua Tongfang, believes that many chip factories are more optimistic about the market trend, but this is not the case. There is an imbalance between the input and output of most upstream enterprises. â€œUpstream LED chip factory invested 1 billion yuan, and the annual sales amount is about 300 million yuan. According to the net profit rate of 10%, the output per dollar is 3 cents, and the return of 10 times is 3 hair. But the other 7 hairs are going to go, the difference is 30 times the price."

Wang Lianghai said that in the future, LED chip manufacturers can only continue to grow bigger and stronger by integrating high-quality resources horizontally, strengthening complementarity in technology and capital, and giving full play to their respective advantages.

Our well-equipped facilities and excellent quality control throughout all stages of production enable us to guarantee total customer satisfaction. Besides, we have received CE, CB, RoHS and CCC certifications.

As a result of our high quality products and outstanding customer service, we have gained a global sales network reaching America, Asia, Europe, Africa, the Middle East and other countries and regions.

If you are interested in any of our products or would like to discuss a custom order, please feel free to contact us. We are looking forward to forming successful business relationships with new clients around the world in the near future.