Recently received a lot of questions about TV friends: including HDR what ghost? There is no 4K source for why you want to buy a 4k TV? What is the black technology of quantum dots? Today, Lao Yang drove a car and talked about TV two or three things.

Q: Quantum dots, HDR... Now look at a report on television. The inexplicable words come out a lot. What are these ghosts?

A: I'll give you a little answer

1. Quantum Dots: Quantum dots are actually nanoscale particles that emit light after electrical stimulation. Different colors of light can be emitted depending on the size of the particles. However, quantum dot TVs are still LCD screens, except that quantum dots are added to the backlight. The specific principle is to understand enough of an academic paper. As long as you know, the LCD screen with quantum dot material is OK. It is OK compared to not adding more colors that can be realistic.

2. HDR TV: This actually makes the contrast of the TV picture higher. What is the advantage of higher contrast? Ordinary color gamut diagram is a plane consisting of three colors: red, green, and blue. However, in fact, the true color has a distinction between light and dark. This is equivalent to putting this plane in the plane formed by the X-axis and Y-axis. Z axis. The entire color is in this three-dimensional space. Increasing the visible range of the Z-axis can make the display larger, that is, more colors can be realistic.

3, 4K: This is well understood, that is, the resolution, that is, the number of pixels is about 8 million. (The traditional 1080P is about 2 million)

4. OLED: This is a display panel that is completely different from the LCD. The liquid crystal includes two layers of liquid crystal molecules (for color regulation) and backlight (for light emission). The OLED is a bunch of red, green and blue light bulbs.

5, (There are many technologies, there are direct messages that do not understand, I will reply directly to you, not one by one explained here.) 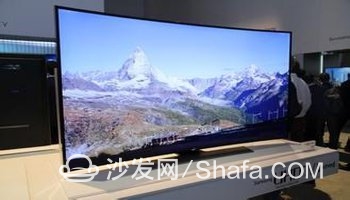 Q: How many new technologies can be improved each year? Is TV going to change every year?

A: Of course it is not necessary. In fact, from the previous years of intelligence, to 4K, to nearly two years of surface, quantum dots. Compared to CRT TVs (big ass TVs) and LCD TVs (flat-panel TVs), it can be said to be minimal. If you do not put together TVs with different technologies, non-professionals will not notice their differences. After all, when we buy home TV, we look at the content, not the screen itself, so we already use the LCD. There is really no need to change one for "quality".

Q: How much TV should I buy?

Q: The bigger the TV, is it not to look farther away? Will radiation be greater?

A: CRT TVs display images by emitting electrons. There will be some radiation. The principle of LCD TVs is different, the radiation is minimal, and it does not need to deliberately far away. On the other hand, fatigue that keeps the eye from seeing and seeing is far more harmful to the eye.

Q: Where is Smart TV Intelligence? Is it worth buying?

A: In reality, smart TVs integrate TV boxes into ordinary LCD TVs. Its advantage lies in not having to add a few more lines to the already confusing TV cabinet. In fact, if your home has a good LCD TV, there is no need to change a smart TV at all. Buying a TV box is all right.

Where is it smart? Now that the so-called smart TV is built-in an Android system, you can install different Android software on the TV, so as to achieve through the network to watch video, play games and other functions. Another advantage is that before watching a movie, you need to buy a DVD player and buy a CD. Now you can use a computer to download and store it in a USB flash drive and plug it into your TV.

Q: Now TV stations can only use 1080i HDTV. What is the significance of 4K TV?

A: Anyway, it is not expensive. Moreover, manufacturers are not 4K TVs on the large-size segment of 50, and there is no problem in buying one. As for some people, it is absolutely clear that 4K TV is definitely clearer than 1080P. It doesn't seem like a difference to play 1080P content on the same size 4K and 1080P TVs.

Q: Did we pay for our cable service when we bought smart TV?

A: Currently, smart TVs are mostly on-demand services, but they can be viewed through traditional third-party live broadcast software. Anyway, Lao Yang's family did not buy cable TV service anymore. (If you don't advertise, if you want to know what software is used instead of wired, please leave a message.)

Q: The price of TV is so low. Is there any pit behind it?

A: There are some columns that don't know whether it is a pit or not.

1. Wall hangings are usually purchased separately and are not included in bare metal prices.

2. Most smart TVs send member services for the first year. Afterwards, if you want to watch a new movie and TV series, you will have to pay for it. A few hundred a year.

3, pay attention to the TV interface, some businesses default you have a TV box, cancel the circular RF antenna interface. Or 4K screen does not have HDMI 2.0 and so on.

A: This is not absolute. Look at the content of the people they have introduced. The specific content provider's advantage is probably as shown in the figure below. Iqiyi Tencent video is undivided, LeTV is ranked third but there is a gap between the two, and the rest divides the remaining small areas.

Q: My aunt usually sees a news broadcast. What television should I buy for them?

A: Non-smart TV + cable service. Too many examples around you, you bought your smart TV for your parents, and told them in detail how to use them. Most of them still have trouble eating at the same time. Instead, you bought smart phones and iPads for them, and they talked to the landlords every day.