After nearly 30 years of development, smart homes have not been popularized due to technical limitations. However, in recent years, with the development of smart phones and the gradual popularization of the mobile Internet and the Internet of Things, it seems that smart homes have already entered the eve of the outbreak, but why is it still not broken out and striding into the homes of the people? According to industry analysts, one of the most important reasons is the inconsistency of technical standards, which makes smart home products only fight for each other, and can not achieve interconnection and mutual sharing, thus restricting the pace of its development.

The smart home industry is currently known as being in the â€œbad stageâ€ and each product uses its own standards depending on the function. As far as the wireless standards of smart homes are concerned, there are currently five types of WiFi, Zigbee, Z-Wave, power carrier and Bluetooth. In China, smart home wireless access methods use international standards and coexist in multiple ways. Zigbee technology has been adopted at home and abroad due to its advantages of close distance, low complexity, low power consumption, low speed and low cost. The most technology.

The biggest feature of smart home is the systematic nature of control. One terminal can control all furniture and home appliances. However, because there is no uniform production standard, the devices use different wireless protocols, which are incompatible with each other and can only fight each other. There is no systematic or complete product between products.

At the launch of Apple's HomeKit application, Craig, Apple's vice president of software engineering, took only one and a half minutes to introduce its use, which became the device connection center. The reason why Apple makes the HomeKit application achieve this function is because Apple knows that if the device is running alone, it can't help the user to control the home device. Only when the device is connected together can the real smart home be realized. Craig said HomeKit will use a common protocol to help devices communicate with each other, making them securely connect to i-Phone phones or iPads.

Appleâ€™s main competitor, Google, launched the Android@Home system in 2011. When introducing the system, Google said: "Although this system requires a hardware center to cooperate with Google's wireless network protocol, it still allows users to control all the smart things in the home." However, Google did not mention the introduction. And the standard used in the system is only based on the home automation 900MHz band technology, and said: "This standard will be brand new, very power-saving."

At the beginning of the release of the Android@ Home system, the industry had great expectations, but since then it has disappeared. As early as Google introduced the system, some experts pointed out that what Google needs is not the support of the current handheld device or the PC industry, but the introduction of the 900MHz home automation communication standard and the acceptance of the standard in the home appliance industry. According to industry experts, wireless technology for home automation generally meets the following characteristics: low power consumption, stability, and high penetration. As for transmission speed, it is not the focus of such applications. 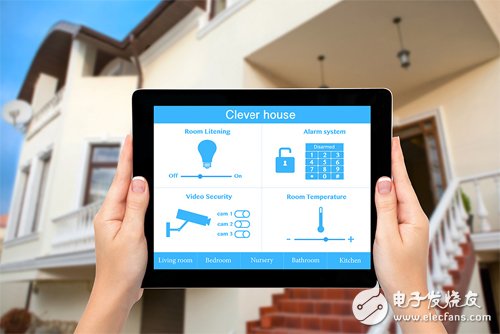 Price is not affectionate

For manufacturers and industry insiders, they are concerned about the development of the industry and the unification of standards, and for consumers, under the premise of good use of products, they are more concerned about how much "silver money" to spend on purchasing a whole smart home. ". After all, the premise of easy use is that consumers can afford it, otherwise the best things are only displayed in the store.

According to the reporter, the smart home products currently on the market are more expensive, and most families are difficult to bear. Take the smart door lock "SmartLock" released this year at CES (American Consumer Electronics Show) as an example. The reporter found on Taobao that the price of purchasing this door lock needs 2,300 yuan, which is almost equivalent to a mid-range security door. Price. Another example is Philips's hue bulb, the price is as high as 499 yuan, but the user's usability evaluation is not high, saying "I don't feel good after the experience." The price of smart air conditioners is not enough for the people. The price of the 2 large luxury models of the beautiful Alibaba Cloud IoT smart air conditioner is 13,999 yuan, and the big 3 is 15999 yuan. Haier's smart air conditioners are even more expensive. The reporter saw at Haier Mall that the world's first three Scorpio smart air conditioners have a price of up to 19999 yuan, while the price of ordinary air conditioners is mostly between 2,000 yuan and 5,000 yuan. Obviously, such prices put pressure on the purchase of ordinary consumers.

According to a survey of the smart home market in Shenzhen, the current cost of using smart homes for luxury residential projects is between 300,000 yuan and 1 million yuan. Overall, the cost of purchasing a smart home system is generally 700,000. Yuan or so. For those consumers who are under heavy mortgage pressure, who is willing to spend so much money to install a smart home system?

Zhang Yonggang, deputy director of the National Digitalization Standardization Technical Committee for Intelligent Buildings and Residential Areas, said in an interview with the media that most of the technologies currently owned by domestic manufacturers are located at the network and application layers, lacking core products and technologies with independent intellectual property rights, and some underlying core technologies. And the key components still rely on imports, which leads to higher overall price of related products.